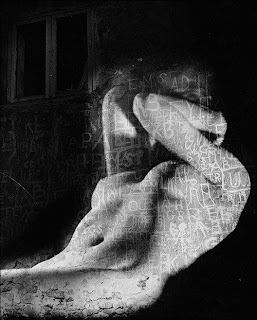 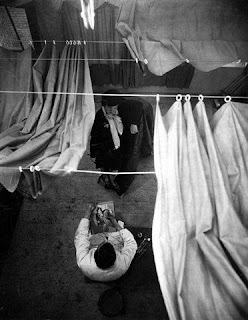 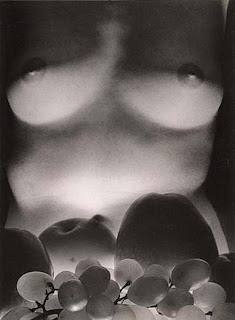 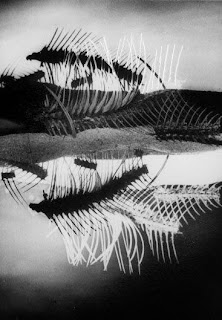 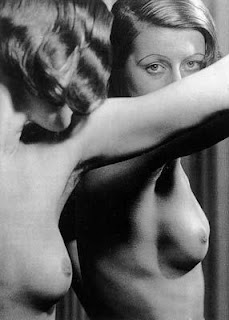 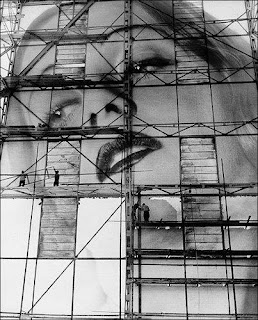 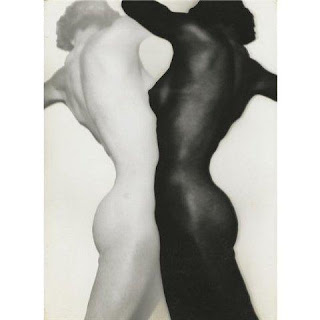 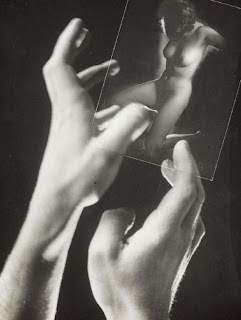 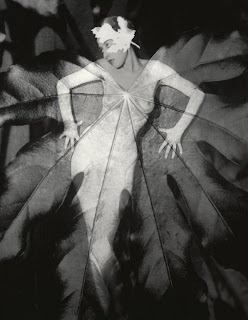 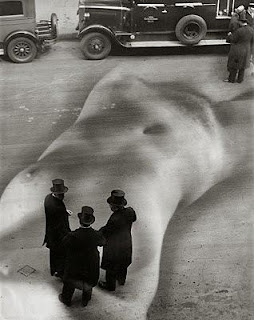 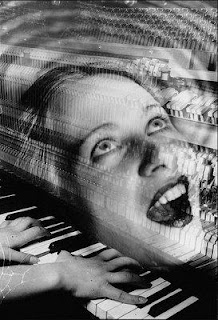 "Heinz Hajek Halke was born in Berlin (1898) and attended the Academy of Fine Arts before finding work as a printer and layout designer for illustrated magazines. By the early 1920s he had experimented with photography, creating his first photomontages and abstract light-studies by 1925. Until the Nazis came to power in 1933, Hajek-Halke produced news and advertising images for various photographic press agencies and also contributed to more avant-garde illustrated journals such as Uhu.

In 1933, he moved to Switzerland (to perhaps avoid commissions from the German government), abandoned advertising, and concentrated his photographic essays on scientific subjects, especially marine biology and nudes. He also explored techniques of chemical and light manipulation in distortions and enlargements of his small subjects. After World War II, he rejoined the emerging experimental photographic community in Germany, the Fotoforum group, in 1948.

In the 1950s, his work was included in many leading shows of experimental photography, such as Otto Steinert’s Subjektive Photographie exhibitions and the 1954 Photokina show in Cologne. He became a photography professor, and an active member of the German photography community, publishing his book on photogram techniques, Lichtgraphik. At this time, Hajek-Halke renewed his early interests in the cameraless photogram and in creating photographic abstractions by means of a wide variety of darkroom techniques he had mastered before the War. His ultimate interests were to demonstrate the rich possibilities photography held for creating expressive abstract works of art on a par with those by earlier and contemporary masters in painting and sculpture.

Since the retrospective exhibition of his work at the Centre Pompidou, Paris, in 2002, Hajek-Halke’s reputation as an influential creative image-maker and technician has grown. As one of the only German photographers whose career spanned the genesis of experimental photography in the 1920s and its spiritual revival in the 1950s and 60s, Hajek-Halke can be considered an important model for younger photographers of that era. For artists such as Breuer and Otten, his abstract photography offered a well-reasoned alternative to the street photography then taking hold in Europe and the United States. " via here

incredible ! thx for making us discover great stuff like this !