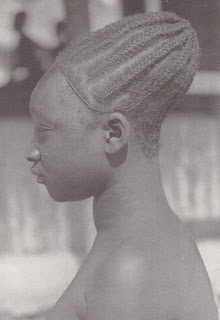 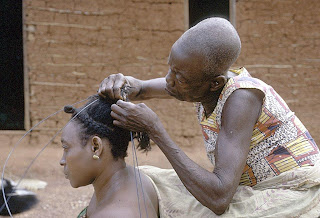 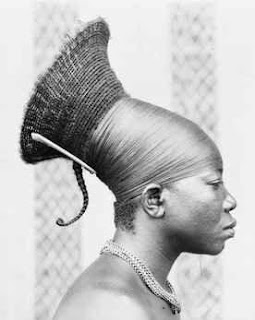 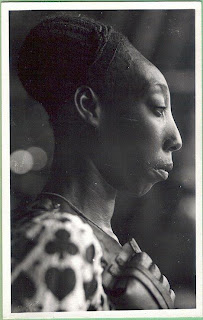 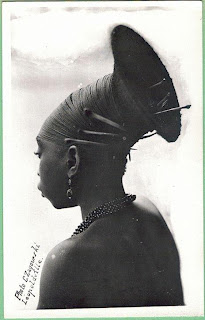 "The Mangbetu stood out to European explorers because of their elongated heads. Traditionally, babies' heads were wrapped tightly with cloth in order to give them this distinctive appearance. The practice began dying out in the 1950s with the arrival of more Europeans and westernization. Because of this distinctive look, it is easy to recognize Mangbetu figures in African art"

"Head flattening, also called head binding, head shaping or head moulding, is the application of pressure or bindings to cranial bones (the human skull) to alter their shapes. Flat shapes, elongated ones (produced by binding between two pieces of wood), rounded ones (binding in cloth) and conical ones are among those chosen. It is typically carried out on an infant, as the skull is most pliable at this time. In a typical case, headbinding begins approximately a month after birth and continues for about six months.
Usually it is a part of a cultural ritual, aimed at creating a skull shape which is aesthetically more pleasing or associated with desirable attributes such as intelligence. For example, in the Nahai-speaking area of Tomman Island and the south south-western Malalukan, a person with a finely elongated head is thought to be more intelligent, of higher status, and closer to the world of the spirits." both quotes from Wikipedia