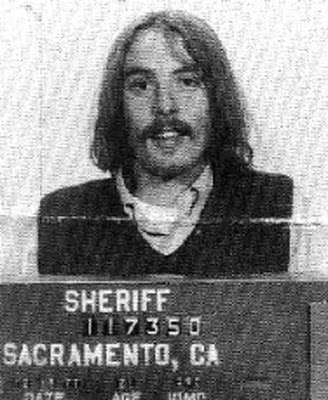 Richard Trenton Chase (May 23, 1950 – December 26, 1980) was an American serial killer who killed six people in the span of a month in California. He was nicknamed "The Vampire of Sacramento" because he drank his victims' blood and cannibalized their remains. He did this as part of a delusion that he needed to prevent Nazis from turning his blood into powder via poison they had planted beneath his soap dish.

"A self-described victim of abuse at the hands of his mother, Chase exhibited by the age of 10 evidence of the MacDonald triad: bedwetting, pyromania, and zoosadism (allegations which were later called into question). In his adolescence, he was known as an alcoholic and a chronic drug abuser. He suffered from erectile dysfunction due to "psychological problems stemming from repressed anger". In 1975, Chase was involuntarily committed to a mental institution after being taken to a hospital for blood poisoning, which he contracted after injecting rabbit's blood into his veins. He often shared with the staff fantasies about killing rabbits. He was once found with blood smeared around his mouth; hospital staff discovered he had drank the blood of birds. Staff began referring to him as "Dracula." via here eeeeeeeek read the rest there-pretty gorey!
here's a quote from a book that was actually written by a Serial Killer
"Any child, if properly taught, will live the way he is taught to live. All criminals are merely overgrown children. It is in your hands to make us or break us. We, by our own efforts, are failures in life, simply because we don’t know any better. We don’t know how to live decent upright lives. Heredity has very little to do with the shaping of our lives. The main causes of why we are what we are is because of our improper teaching, lack of knowledge and our environments.Every man’s philosphy is colored by his environments. If you don’t want us to rob, rape and murder you, then it is your place to see that the mental and moral misfits are properly taught a sufficient amount of useful and sensible knowledge and put into the proper environment where they can be best fitted to exist in life. Otherwise, they will be misfits and failures and you are the actual cause because they don’t know any better and you do…" written by Carl Panzram.