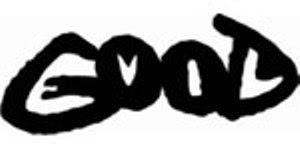 "Harvard researcher Kurt Gray discovered the key to improved physical endurance without any exercise: just be good (or evil, for that matter).

New research from Harvard University suggests that moral actions may increase people’s capacity for willpower and physical endurance. Study participants who did good deeds — or even just imagined themselves helping others — were better able to perform a subsequent task of physical endurance.

The research, published in the journal Social Psychological and Personality Science, shows a similar or even greater boost in physical strength following mean-spirited deeds.

Researcher Kurt Gray, a doctoral student in psychology at Harvard, explains these effects as a self-fulfilling prophecy in morality.

“People perceive those who do good and evil to have more efficacy, more willpower, and less sensitivity to discomfort,” Gray said. “By perceiving themselves as good or evil, people embody these perceptions, actually becoming more capable of physical endurance.”"