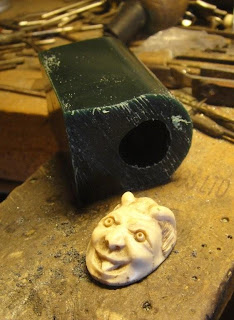 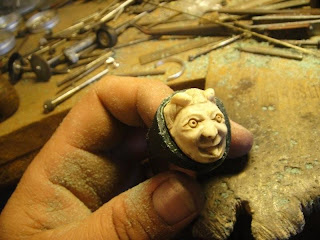 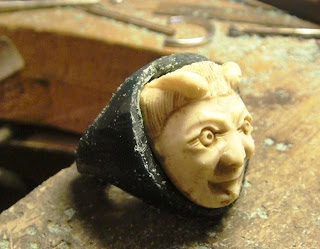 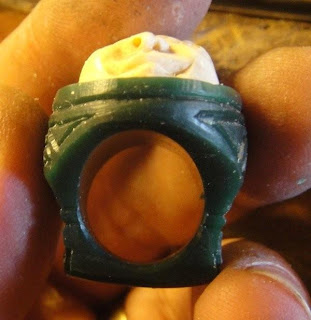 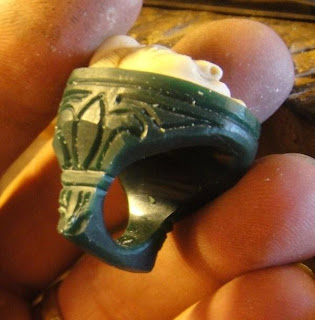 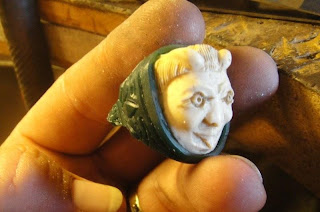 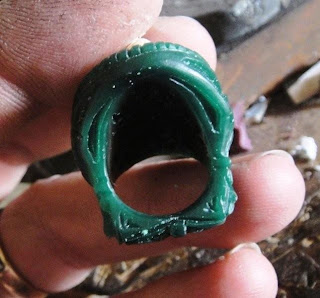 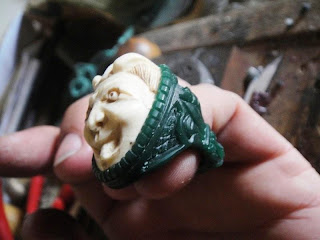 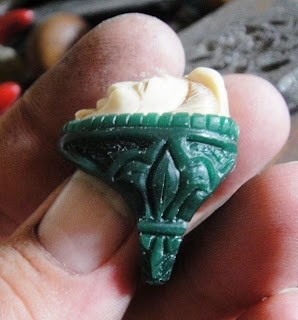 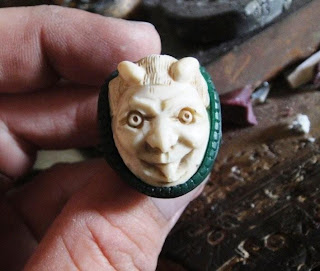 This is how a ring begins (when it's being cast from wax).. From the starting point, up until it's about to be sent off to be cast into silver. Rowan, the man of all men, the best in Spain, is the maker of my ring. The face is one of lucifers little helpers from a bracelet made for the members of the original hellfire club. It's SO bad ass!!! Also click on his name, he builds some super cool bikes!

"The Hellfire Club was a name for several exclusive clubs for high society rakes established in Britain and Ireland in the 18th century, and was more formally or cautiously known as the "Order of the Friars of St. Francis of Wycombe". These clubs were rumoured to be the meeting places of "persons of quality"who wished to take part in immoral acts, and the members were often very involved in politics. Neither the activities nor membership of the club are easy to ascertain.

The very first Hellfire Club was founded in London in 1719, by Philip, Duke of Wharton and a handful of other high society friends. The most infamous club associated with the name was established in England by Sir Francis Dashwood,and met irregularly from around 1749 to around 1760, and possibly up until 1766.Other clubs using the name "Hellfire Club" were set up throughout the 18th century. Most of these clubs were set up in Ireland after Wharton's were dispelled.
The club motto was Fais ce que tu voudras (Do what thou wilt), a philosophy of life associated with François Rabelais' fictional abbey at Thélème and later used by Aleister Crowley." via here

Thank you for being born Rowan ;oP

those dreamcatcher earrings are from topshop, sadly they sold out ;(

Drats! Thank you for the info Lori!! Love your blog.
C