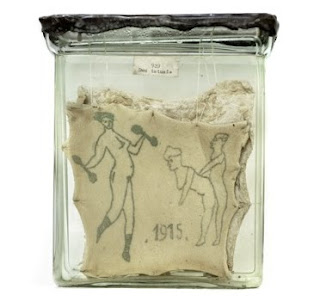 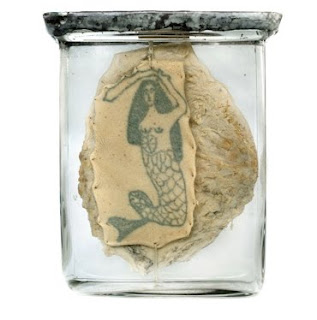 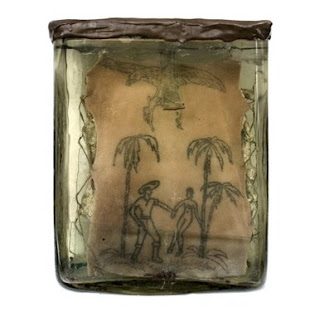 "The tattoos were collected from the prisoners of the nearby state penitentiary on Montelupich Street as well as from the deceased on whom autopsies were performed.

The majority of the prison tattoos represent connections between the convicts. Besides gestures and mimics it is a kind of secret code – revealing why 'informative' tattoos appeared on uncovered body parts: face, neck or arms." via Morbid Anatomy so neat.

Email ThisBlogThis!Share to TwitterShare to FacebookShare to Pinterest
Labels: Cool

Wow, I don't know how I feel about this, but it's rad.

holy shet. i like the nude girl who appears to be flouncing around with a set of weights.