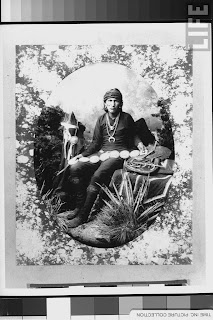 The photo above is not of Atsidi Sani, but it's a photo that is in a book about Indian Jewelry I own, as well as being published in LIFE. I've included some info on Atsidi Sani. I've included some pics of awesome Native American Jewels and a few cool photos as well. Thanks for the AZ highways Chris and Brandi and thanks John for the Jewelry books!

"Atsidi Sani played an important role in the history of Navajo silversmithing. He is known by many to be the first Navajo silversmith, although his main focus was in blacksmithing; working with iron.Many agree that he learned blacksmithing in the year 1853. However, Grey Moustache, who was a student and the great-nephew of Sani, explained that, “Atsidi Sani learned this art twenty years before he first worked silver, which was not until after his return from Fort Sumner. That could not have been before 1868, and was possibly several years after that date. Therefore, he must have learned blacksmithing about 1850”.

Little is known of Atsidi Sani. However, it is known that he was born near Wheatfields, Arizona, circa 1830. He was known by many names, but to his people, he was known as Atsidi Sani, which translates to "Old Smith," and to the Mexicans he was known as Herrero, which means "Iron Worker." Some of his other names included, Delgadito (Little Thin), Herrero Delgado (Thin Smith), and Beshiltheeni (Metal Worker, Knife Maker). In addition, aside from being a silversmith and a blacksmith, he was also a Medicine Man, Spiritual Leader, Ceremonial Singer, and a Navajo Chief.

According to Navajo tribal leader, Chee Dodge, Sani must have learned to work iron around the age of 25. Dodge knew Sani personally. In fact, he used to assist Sani in walking, as Sani became blind in his older years. Furthermore, Atsidi Sani learned his blacksmithing skills from a Mexican man by the name of Nakai Tsosi, whose name means Thin Mexican. Sani decided that he wanted to learn to make bridles so that he could sell them to his people, who otherwise bought their bridles from the Mexicans. He became good friends with Tsosi and eventually learned to work iron by watching him work.

Between the years 1850 and 1865, Atsidi Sani was the "most important iron smith." His iron work seems to have consisted mostly of bridles. Grey Moustache recalls "watching Atsidi Sani make bridle bits out of pieces of scrap iron. He made them with jingles hanging from the bottom."[6] In addition, as a silversmith, he was just as equally important. “Both traditional and documentary evidence point to the 'old smith' as being the 'daddy of silversmiths.'" Some of his early silver work consisted of conchas, bracelets, and a variety of other jewelry pieces." Via Wikipedia. 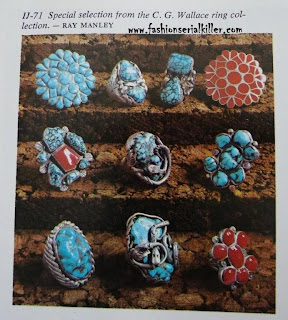 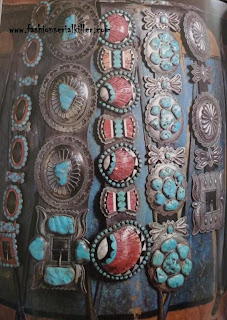 Man how I wish that was MY belt collection..*sigh* 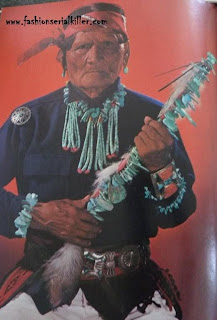 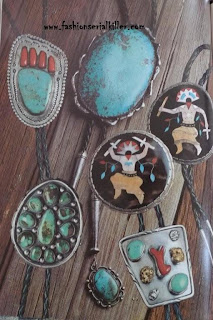 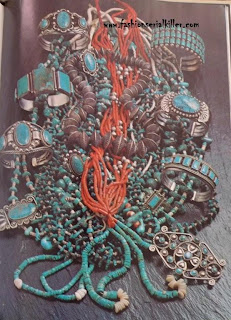 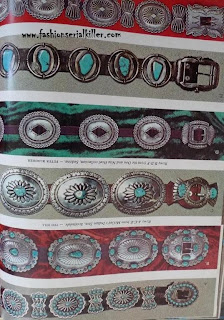 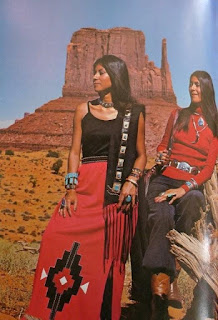