How Not To Make Pasties. 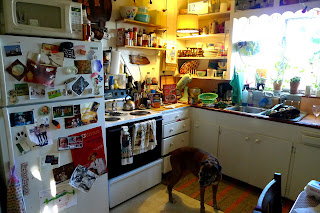 Well last night I decided to keep busy and by making Cheese and Onion Pasties and Creme Brulee. I've never made a pasty before! I don't think mine really turned out looking like a Cornish Pasty, it turned out looking more like a crazy American on crack pasty. I also had another problem..... THE FILLING! It was so delicious that I filled up on it and by the time it was time to eat a finished one I could only take a few bites because I was too full. I froze the others. I have yet to taste the Creme Brulee. I will today at lunch (I brought one from home, along with my torch-if I don't get paid today maybe I can go postal with my torch). My kitchen alone is something out of a horror movie-so MUCH STUFF and there's no air in that part of the house so it's like 100 degrees in there. 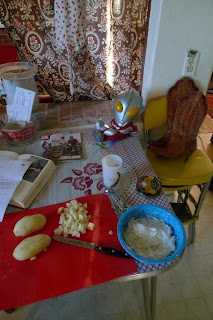 I started by chopping the onion and potato 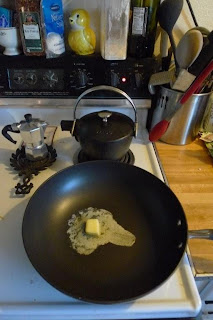 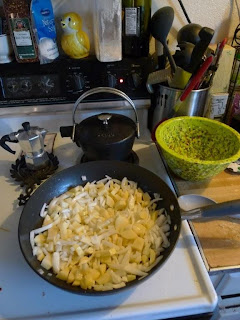 Then frying the onion and potato with a dollop of butter for 15 min's at high heat. 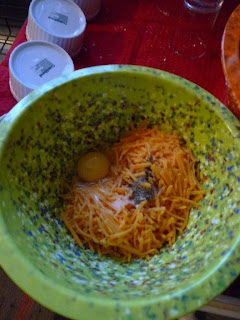 I mixed the cheese, egg, salt and pepper (I had no parsley so I left that out) 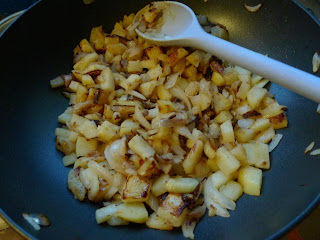 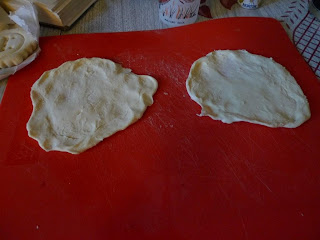 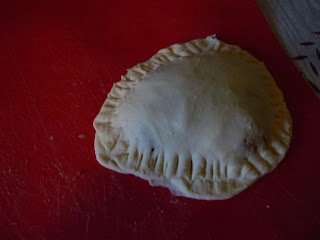 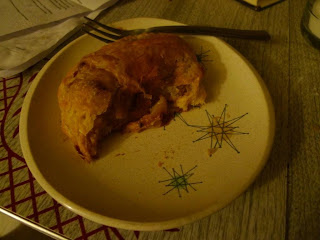 I think I bought the wrong kinda pastry shell but I made them work for now. I flattened themout with my hands bcuz I realized I do not have a rolling pin and I didn't have anything that was even close to one-the broom stick was too narrow. (kidding)

OH, sorry for the dark photo--we also have no lights in the kitchen besides one we had to rig up bcuz the electricity doesn't work in part of the kitchen. this was all I could eat due to filling up on the filling. I'd def try to make them again, this time with the right kinda dough. 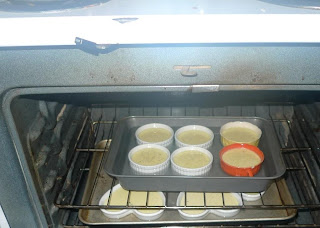 ooh and the Creme Brulee. I will most likely be eating all of these myself. I was busy from 7pm until 9:30 pm making all this stuff. I tried to play on the computer for a bit but I had to keep running back and forth to check on my stuff-I'm notorious for burning shit and leaving the oven on. Rowan, I bought raspberries just for you so HURRY over to the States so they don't go bad ;oP

ok i'm on my way... but promise not to burn the rasberries

oh and i'll bring HP brown sauce... gotta have that on the pasties

Ok... I promise! I don't cook the raspberries.. I'll just put them on top.

How about you bring those pasties over