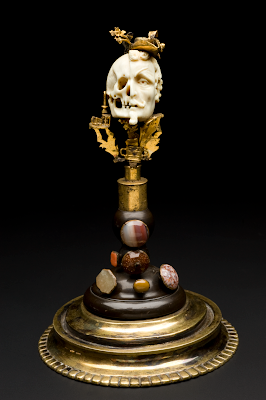 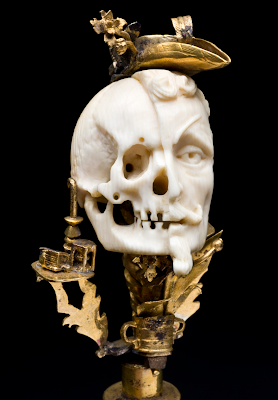 "Half of his face has been stripped away to reveal the skull. The stand is studded with a semi-precious jewel reputedly taken from his tomb. Albrecht Wenzel Eusebius von Wallenstein (1583-1634) was a general of the armies of Holy Roman Emperor Ferdinand II during the Thirty Years War (1618-1648). This was mainly a religious war between Protestants and Catholics in Europe. However, it was also about political supremacy. Wallenstein was assassinated in 1634 after being accused of high treason." via sciencemuseum.org I've posted something similar before.. I just love this stuff!