"You were a Blessing and I was a Curse" 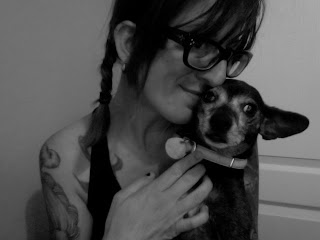 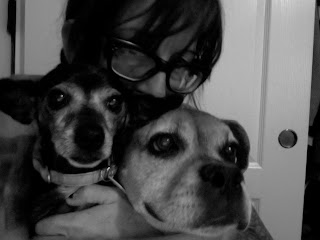 These crazy mutts are the best pains the asses ever. They have both had near death experiences due to me and my carelessness. Chi Chi got a rattlesnake bite to the head and Ruby ate some Tylenol that I left on a coffee table. They are tough and are walking miracles since they survived. If I ever have kids, which most likely wont happen as seeing i'm getting too old and I scare dudes off as soon as I open my mouth, they'd either be super tough or I'll end up in jail for being a horrible Mother. Maybe I shouldn't have pets either. BUT, They have both had an awesome life so far besides those two mishaps.
"We belonged to a bird
Who cast his shadow on this world
You were a blessing and I was a curse
I did my best not to make things worse, for you
It isn't true" Wilco.

Email ThisBlogThis!Share to TwitterShare to FacebookShare to Pinterest
Labels: love

Rather be free than be a "pretty interchangeable flower pot" who stay at home while hubby is on his bike with friends ;)

Pets only ruin carpet, not life as men or children lol !!!