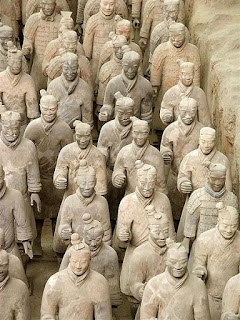 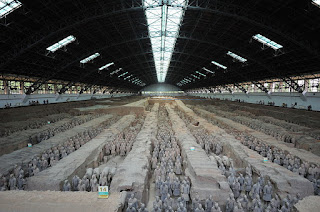 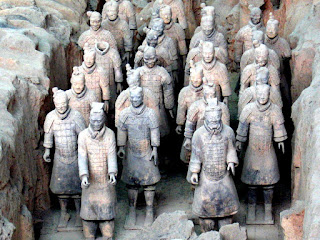 8,000!!!!!! There are over 8,000 of these things- each standing 7ft tall and weighing 600 lbs. There are also 130 chariots with 520 horses and 150 cavalry horses-most which are still buried underground. They were discovered in 1974 by some farmers.   They were buried with China's first Emperor Qin Shi Huang to protect him in the afterlife. Not one is alike. Can you imagine? So rad. I watched a documentary last night on this. You can read more about them here

Email ThisBlogThis!Share to TwitterShare to FacebookShare to Pinterest
Labels: history