The Sea of Trees "Aokigahara Jukai" 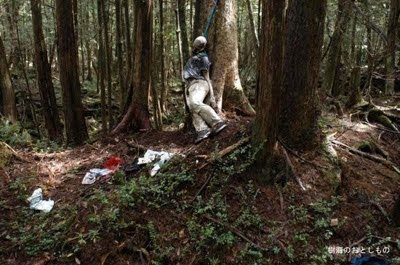 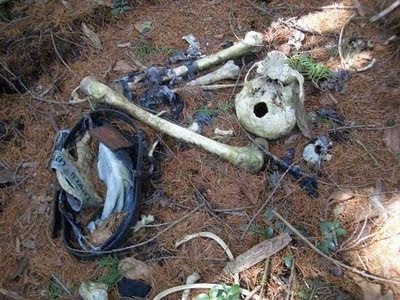 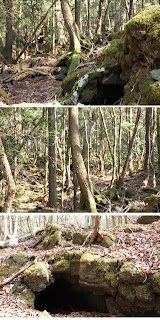 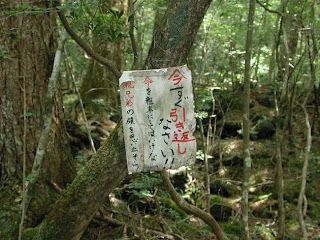 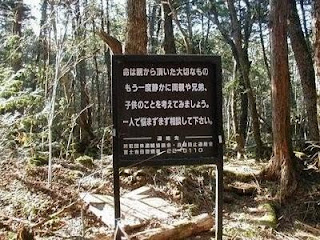 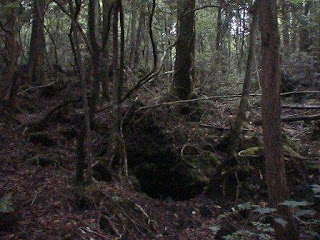 "Aokigahara, also known as the Sea of Trees, is a 35 km2 forest that lies at the base of Mount Fuji in Japan. The forest contains a number of rocky, icy caverns, a few of which are popular tourist destinations. The forest, which has a historic association with demons in Japanese mythology, is a popular place for suicides; in 2002, 78 bodies were found, despite numerous signs, in Japanese and English, urging people to reconsider their actions.
Due to the wind-blocking density of the trees, and an absence of wildlife, the forest is known for being eerily quiet.

The forest floor consists primarily of volcanic rock and is difficult to penetrate with hand tools such as picks or shovels. There are also a variety of unofficial trails that are used semi-regularly for the annual “body hunt” done by local volunteers, who mark their search areas with plastic tape. The plastic tape is never removed, so a great deal of it litters the first kilometer of the forest, past the designated trails leading to tourist attractions such as the Ice Cave and Wind Cave. After the first kilometer into Aokigahara towards Mount Fuji, the forest is in a much more pristine state, with little to no litter and few obvious signs of human contact.

The forest is a popular place for suicides, reportedly the world’s second most popular suicide location after San Francisco’s Golden Gate Bridge. This popularity is often attributed to the 1960 novel Kuroi Jukai by Seichō Matsumoto, which ends with two lovers committing suicide in the forest. However, the history of suicide in Aokigahara dates from before the novel’s publication, and the place has long been associated with death: ubasute was practiced there into the 19th century, and the forest is reputedly haunted by the ghosts of those left to die."
from here

Hey there, I thought I’d comment as I recently visited Aokigahara forest and spent 6 hours exploring it with two friends and three cameras. I compiled most of the video footage + photos along with bits and pieces from my journal to construct the story of my experience there. Please check it out and let me know what you think! (follow the link)
http://endofthegame.net/2012/02/20/aokigahara/