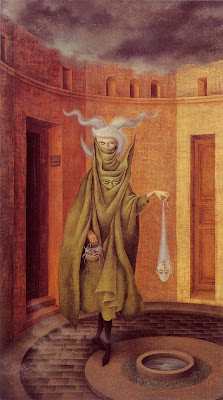 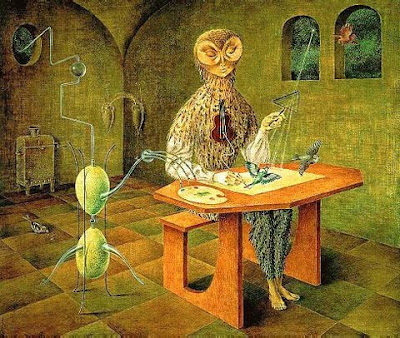 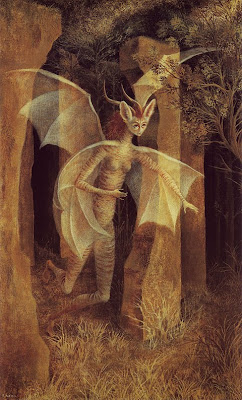 She was a pretty cool artist..I have a small painting of hers that a friend of a friend gave me in Mexico City years ago.
"Remedios Varo Uranga (December 16 1908 - October 8, 1963) was a Spanish-Mexican, para-surrealist painter. She was born María de los Remedios Varo Uranga in Anglès, Girona, Spain in 1908. During the Spanish Civil War she fled to Paris where she was greatly influenced by the surrealist movement. She met her husband, the French surrealist poet Benjamin Péret, in Barcelona. She was forced into exile from Paris during the Nazi occupation of France and moved to Mexico City at the end of 1941. She initially considered Mexico a temporary haven, but would remain in Latin America for the rest of her life. She had an early abortion due to the economic realities of her life. Due to the abortion, she could not become pregnant again.

In Mexico, she met native artists such as Frida Kahlo and Diego Rivera. Her strongest ties were to other exiles and expatriates, notably the English painter Leonora Carrington and her great love, the French pilot and adventurer, Jean Nicolle. Her last major relationship was with Walter Gruen, an Austrian who had endured concentration camps before escaping Europe. Gruen believed fiercely in Varo, and he gave her the support that allowed her to fully concentrate on her painting." Wikipedia

wow lucky you to own such a unique piece of Mexican Art, esp from the surrealist period.

Oh jeepers, I don't think its an original tho....I wish! I will post a pic of it... thanks for the comment ;o)