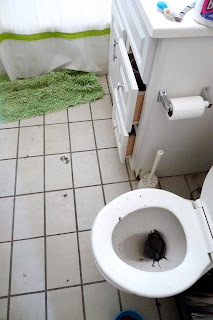 So I woke up from a nap and I go and open the bathroom door and to my surprise there's a big turd explosion in the toilet. I promptly shut the door and ask my roommate who the heck left that, I was super grossed out. Then I opened the door again and looked closer to see that it's a damn quail! The cat tried to massacre it and somehow it must have made it into the toilet. I pulled it out and it's still alive! It's now sitting in a bowl in my bedroom wrapped up in towels. Poor bird is missing a lot of feathers and it was shivering. I think it will be ok, it's fairly young. My cat is a mass murdering cat. **UPDATE** after 3 hours wrapped up in towels in my room the bird is free. I took it outside after it dried up and it flew away the way quail's kinda half fly. YAY!!! This story reminds me of a story my Dad told me . When they were kids growing up with no Father in Hibbing, MN they had chickens and they used to throw rocks at them and one time they knocked one out, they thought they killed it. They threw the "dead" chicken in their outhouse and prayed their Mother wouldn't find out. A few hours later the damn chicken came back to life and was flopping around in waist deep SHIT. My Grandma (their Mom) made them climb in the freaking outhouse and fish that chicken out. Needless to say, they never did that shit again. No Pun INTENDED. 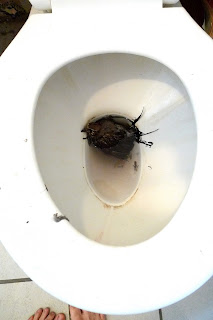 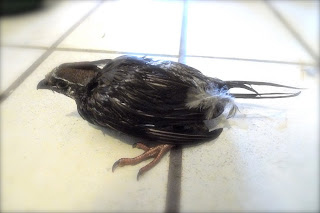 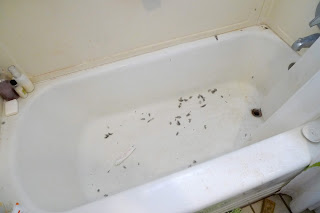