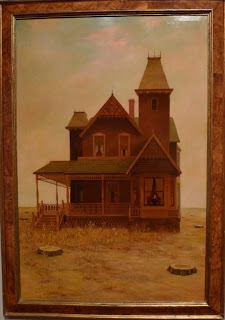 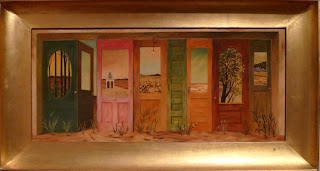 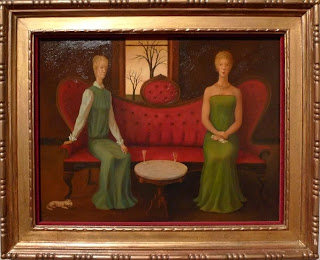 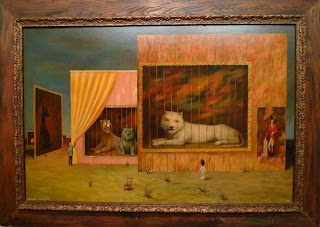 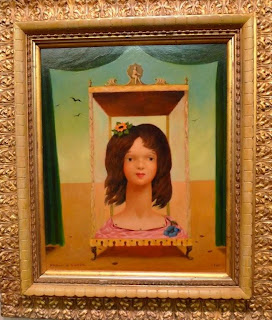 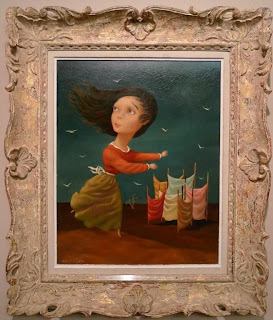 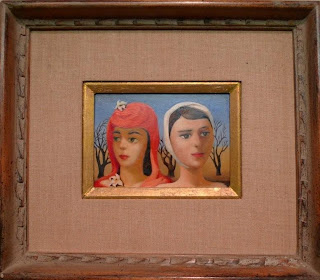 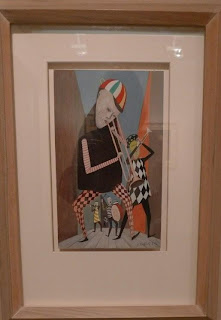 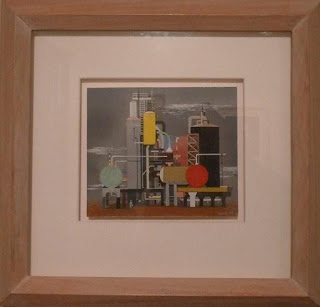 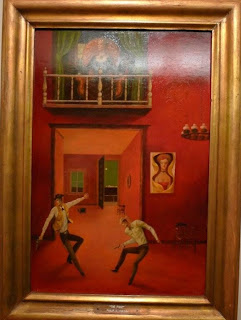 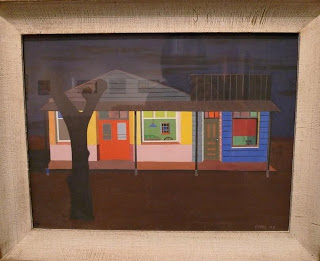 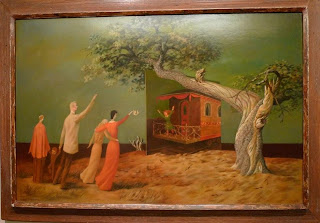 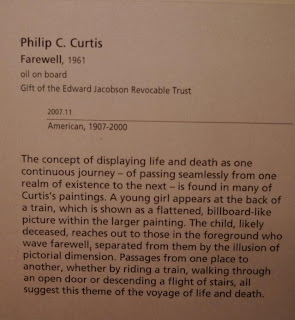 Went to the Phx Art Museum last night and I really liked these pieces
"Philip Campbell Curtis (May 26, 1907 – November 12, 2000) was an American painter best remembered for his surrealist-inspired style scenes often featuring figures in Victorian dress. He was also the founding director of the Phoenix Art Center, which became the Phoenix Art Museum. He was called a "Magical Realist," and "Magritte of the Old West" by some writers.

Curtis was born in Jackson, Michigan and received a B.A. from Albion College and enrolled in the art program at Yale in 1932. In 1947, he moved to Scottsdale, Arizona, where he converted a stable into a home and studio. He died in Scottsdale in 2000." Via Wikipedia.

Email ThisBlogThis!Share to TwitterShare to FacebookShare to Pinterest
Labels: art

yeah! i love philip curtis. next time you're there and have time you should watch the videos they have in his room at PAM. shows him and the crazy way he painted with a brush tied to a stick.

i love him too! your photos turned out really good.