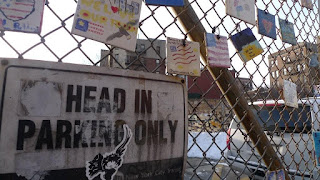 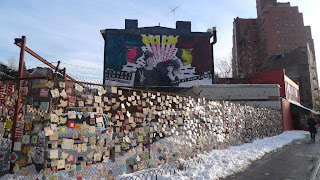 Walking around the city looking for some good vintage stores. We didn't find too many at all and the one good one we did find was called "What Goes Around Comes Around" and it had the most outlandish prices EVER! They did have some great jackets but I didn't have $700+ to pay for them. Amazingly all I bought in NYC was a pair of jeans from Uniqlo. Everybody in NYC seems to wear North Face and Hunter Boots. I miss wearing winter clothes.

This building had the best windows. I can only imagine having an apartment with that view 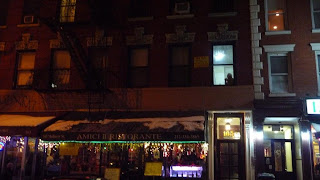 Little Italy. We were walking by and noticed this guy having a bit to eat in his own apartment upstairs. I really liked Little Italy. 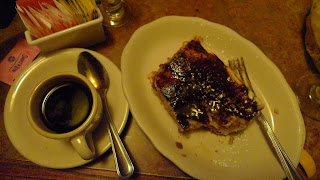 In Little Italy we ate so much and drank a whole BIG bottle of wine on our own. After dinner I had one espresso with Frangelico and Tirimisu while Harold had the Cannoli. Then the guy's we chatted up the whole night next to us said we had to try the espresso with Sambuca so I had ANOTHER espresso. Later in the night we met up with some friends and the rest is a blur, the hangover the next day was horrible. I nearly spewed on the subway on the way to the airport-thank God I was able to hold it in. 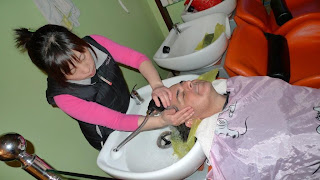 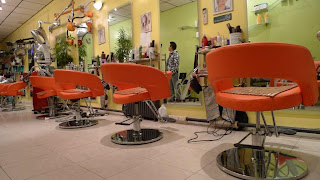 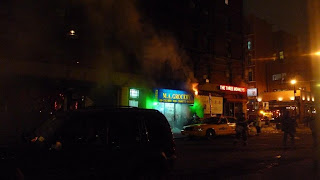 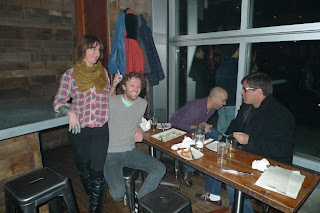 Me, my old friend Pat, Pete and Harold at Spitzers. 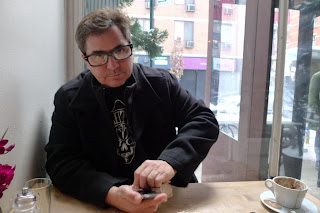 I wish I could remember the name of this lil breakfast place we went to Thursday morning. They had THE BEST mocha coffee I have ever had. 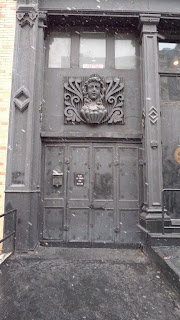 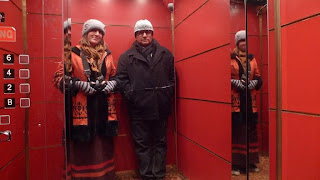 On the way to see Spiderman on Broadway. 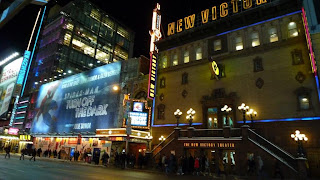 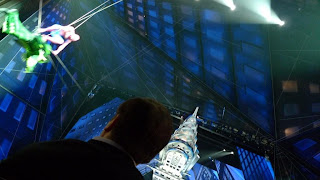 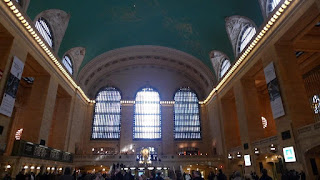 Grand Central Station. So neat. I didn't get too many good pics tho-duh. 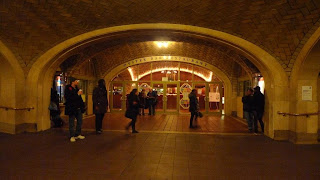 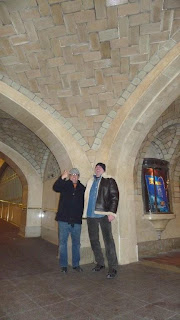 We met up with Mike on Saturday for lunch and he gave us a great tour of Grand Central Station. He's so cool and reminds me of a movie star from the golden age of Hollywood. 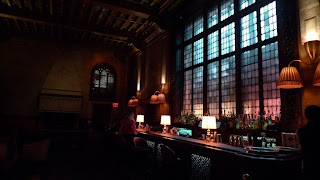 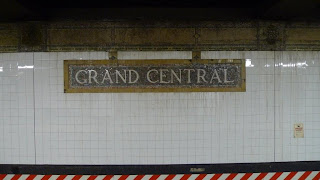 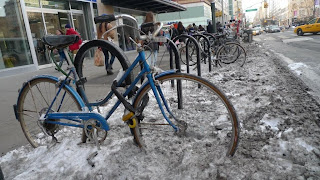 We had fun and only really froze our asses off the last day waiting for our train to the airport-it was 7 DEGREES! I am the worst packer ever-so bad that next time I travel far I'm only wearing the clothes on my back and bringing my blundstones-might as well just pack even worse. Plus I hate walking around with a heavy ass backpack. If you'd like to see them all click here

Sound to be a great trip. New yorkers are cool.
But where is the chinese rockstar haircut ? :)

I dig the red elevator photo.

McGoo is looking extra stylish in the NYC.

I too have enjoyed the FIM grand Central Tour, Good times in an amazing place.