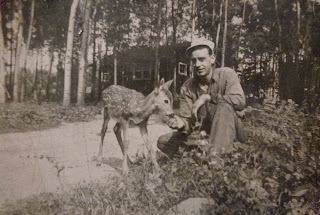 This is my Dad's, Dad. He worked on the trains in Hibbing, MN area. That was their pet fawn Rusty. My Dad said that they raised it till it was an adult and tied a bell and a ribbon around it's neck so hunters wouldn't shoot it. Somebody shot it anyway. Sad.. He says he thinks it was the LaMear's (sp?) A family that never liked their family. There's even drama up in the woods in the middle of nowhere HA! 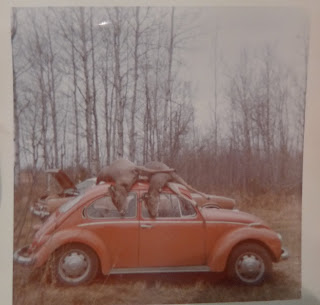 My Godfather Bruce's bug in MN. 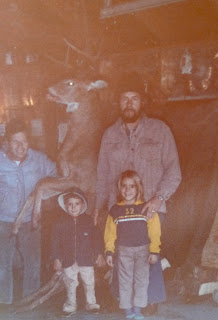 Dwight, My lil bro BJ, Me and my Dad. You could say I grew up eating A LOT of venison. 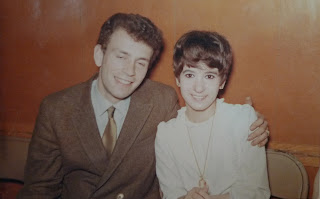 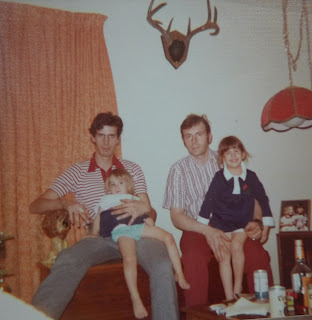 My crazy Uncle Brian, Me in the blue panties, My Dad and Sister Cheryl. Looks like they were partying? 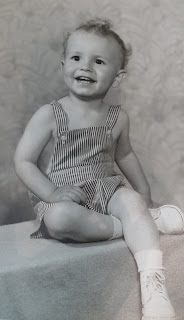 One of the only pics of my Dad as a baby. They were dirt poor living in the middle of nowhere in Hibbing, MN. 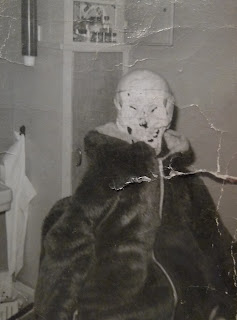 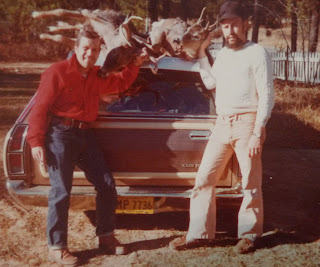 Dwight and my Dad.
There..that's my Fathers Day post. My Dad's on his way back to IL from Kentucky after picking up an old Falcon so I don't get to hangout with him.
Speaking of oldies-Check out this new Buddy Holly tribute album you can stream for free on NPR here

These pictures are great. I love old photos so much. The one of your grandpa with the fawn is super cool, that sucks that some A-hole shot it :(
Interesting how common hunting was or is in that part of the country.

You grew up allot like I did, thank you for sharing your families pics...

That's cool Terry, we'll have to discuss this Saturday!!